Copper CRM Reviews: What Do Customers Say About It? 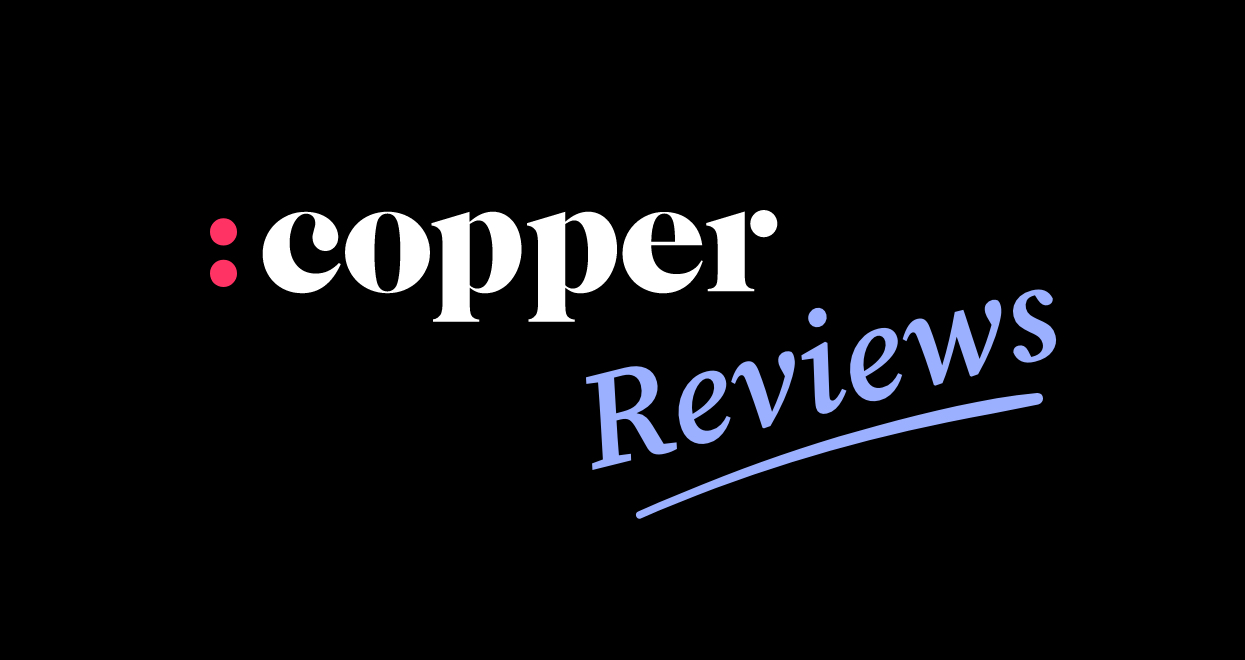 Customer Relationship Management solutions have been around for over twenty years, and even in 2020, newer, transformative CRM startups are entering the industry. Copper, a San Francisco based CRM, has been gaining attention due to its seamless G Suite integration and affordable packages for some time now. Copper, previously named ProsperWorks, was founded in 2014.

In this Copper CRM review, we are going to dig deeper into what is good about it, what is bad about it, and who should choose it based on real customer reviews on authentic websites like G2, Capterra, TrustPilot, etc.

‍Copper has an impressive record on G2, with a rating of 4.8 out of 5 from over 550 reviews, 78% of them being 5-star reviews. Only 1% of the reviewers have given a one-star rating, which indicates that customers are happy about the product’s quality.

What everyone appreciates about Copper CRM is indeed their G Suite integration. Businesses and startups who already use G Suite particularly love it since Copper works as an additional tool and not as a replacement. All the data is synchronized between Google Suite and Copper, which takes a lot of work off their shoulders.

Also, customers find Copper very easy to use and intuitive, unlike other major CRM solutions. This seems to be a good reason why startups and SMEs choose Copper over CRM solutions like Salesforce and HubSpot.

A few people have mentioned that the reporting section being a little clunky and the filters not being good enough to get the data we want. Another negative that customers point out is that there’s still no option to attach files when sending bulk emails. At the same time, these customers say that these are not deciding factors considering the other features, but kind of a wishlist. We couldn’t find common negatives in the reviews; most of the negatives were dependent on the circumstances and needs of customers.

Most of the Copper CRM reviews on G2 mention that they’ll happily recommend it, and some of them suggest making use of the free trial first to see if it fits your needs and expectations. People appreciate their huge collection of demo videos as well.

Copper has got a rating of 4.4 out of 5 from over 420 reviews on Capterra. It is not as incredible as G2, but still, it is a decent score.

Some of the pros and cons were the same as we saw on G2 reviews. The customers are generally happy about the CRM solution, and it does what they want it to do, although there were some suggestions and opinions to make it better.

Again, G Suite was mentioned as one of the top reasons for choosing Copper CRM by many reviewers. Lead and pipeline management and automation were also appealing to some others. Apart from that, the not-so-steep learning curve makes it easier to get things right within a short time, so businesses that don’t have the resources to appoint a dedicated support person love Copper.

A customer claims that they were using Salesforce before, but it was much expensive, and they did not need 30% of the functionalities it offers. They found Copper CRM very apt for their needs.

One of the commonly mentioned cons was bulk emails. One can send only 200 emails at once from their platform, and Copper doesn’t allow us to attach files when sending bulk emails. But using Gmail for mailing solves the problem since it integrates well with it.

However, while customers agree that Copper is cheaper than most other CRMs, they also complain that some of the best features are not available on the basic plan.

Also, there is no option to merge duplicate lead entries, as well as to add multiple email addresses to a single lead.

Copper has gained a terrible rating of 2.4 out of 5 on Trustpilot from over 240 reviews, and most of the reviews we saw on top were negative. Almost 70% of customers have given five star or four-star ratings, while 11% have given a one-star rating.

A major part of the reviews was older than two years, but interestingly, new reviews were mostly negative.

Customers agree that Copper CRM is very intuitive and easy to use, and the features can be customized to truly capture the information that is relevant to the business. Since the reviews are older, some of them say that the system isn’t mature yet, but even newer reviews appreciate their frequent updates and improvements.

The one-star and two-star reviews were mostly about the refunds and poor customer support. Even the most recent reviews were talking about charging for the subscription even after cancellation. They say that the company refuses to refund money in these cases and also takes around two days to respond to queries.

Another customer finds the reports a bit clunky and lacking some of the essential filters.

When we analyze Copper CRM reviews on G2, Capterra, and Trustpilot, we see that they have got a good reputation overall, thanks to the ease of use and cheap packages. Customers see their G Suite integration and relatively cheap packages very appealing, apart from the intuitive and easy to use interface.

The negative reviews were mostly dependent on the business circumstances and needs, but a few of them were common. One of them was the reporting section being a bit clunky that customers were not able to get the data they want easily.

The email campaign section also invited criticism since it didn’t allow uploading attachments. However, since Copper integrates well with G Suite, including Gmail, customers don’t see this as a deal-breaker.

Overall, after analyzing over 1000 reviews, Copper seems to be a good CRM solution for startups and SMEs that use G Suite.

Subscribe to our newsletter
Thank you! Your submission has been received!
Oops! Something went wrong while submitting the form.
Related articles

Copper CRM Reviews: What Do Customers Say About It?